Co-occurring disorders is another term for "dual diagnosis". This term is used to denote those people who have psychological disorders, such as chronic depression, schizophrenia, or bi-polar disorder-just to name a few-and who also have a problem with substance abuse.

In some areas, such as Ontario, Canada, the term "dual diagnosis" is used to identify those people who have both developmental and psychological disorders, while co-occurring disorders is used to identify those with psychological disorders such as those listed above as well as substance abuse. In a drug rehab program in the United States, both terms may be used, and they will mean the same thing-the person has both a mental problem and also has an alcohol or drug addiction.

Sometimes, however, co-occurring disorders is used to help those who operate rehab programs be aware that the person may have an addiction that does not involve drugs or alcohol, but rather involves a particular activity, such as gambling. Surprisingly, it is not unusual for a person to have both an "activity addiction" and a substance abuse problem.

With the proliferation of online gambling sites as well as the growth of casinos, especially on First Nations reservations, it is no wonder that gambling addiction is growing in the United States. The symptoms of gambling addiction or any other type of non-substance abuse addiction are the same as those that occur with alcohol or drug addiction. The person who suffers from a gambling or similar addiction will do anything necessary in order to participate in gambling activities-including missing work, withdrawing from family and social situations, and lying about his whereabouts, just to name a few-and will do whatever he feels he must in order to get the funds needed to support the gambling addiction.

And, because many casinos or other gambling establishments often serve alcohol, or the person may sit at home and consume alcoholic beverages while gambling on-line, that can lead to an alcohol addiction. When this occurs, a co-occurring disorders situation has developed.

G & G Holistic can provide a drug rehab program that can address both substance abuse addiction and co-occurring disorders, no matter which type they may be. For more information, visit our website or call 1-800-559-9503. 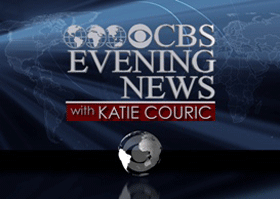 Where do calls go?

Calls to any general helpline (non-facility specific 1-8XX numbers) for your visit will be answered by a licensed drug and alcohol rehab facility, a paid advertiser on HolisticDrugRehab.com.

All calls are private and confidential.